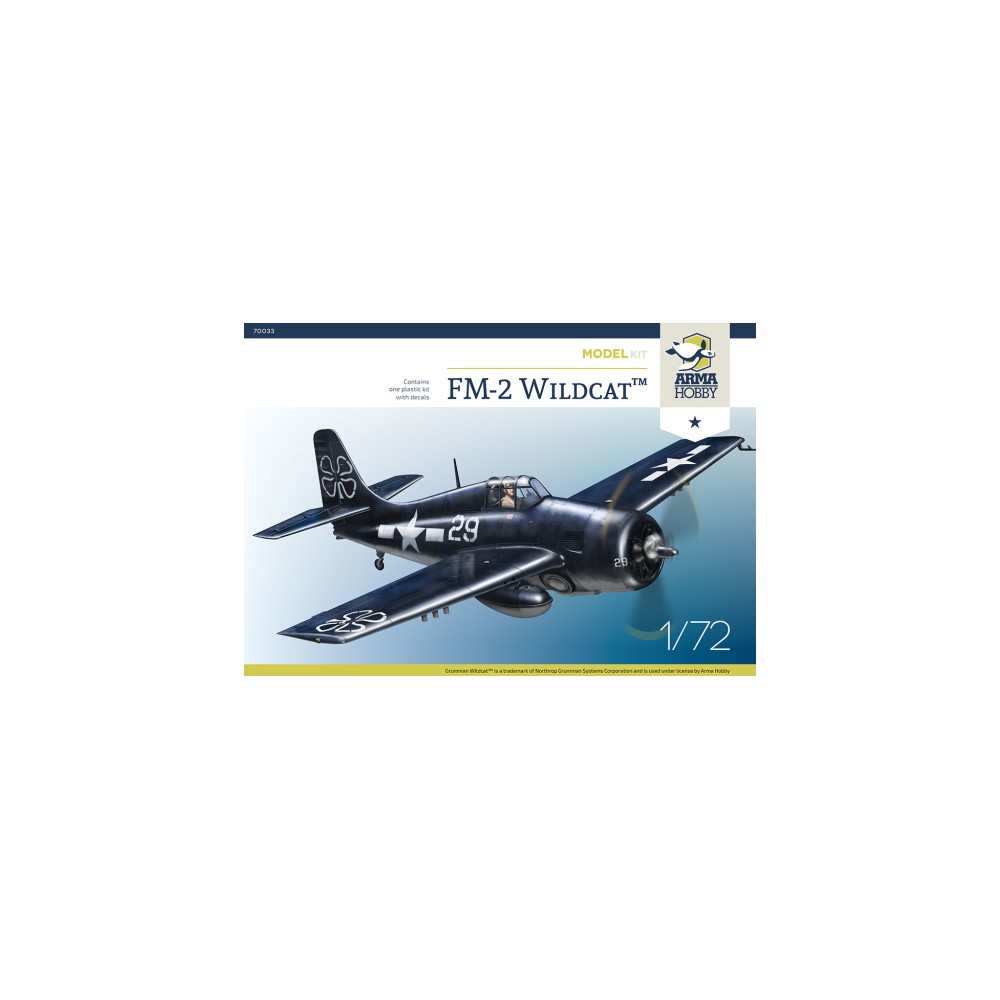 Grumman Wildcat™ is a trademark Northrop Grumman Systems Corporation and is used under license by Arma Hobby .

Coming soon, kit will be released in August 2020.

Brief history of the FM-2 Wildcat:

Grumman F4F-3/4 was primary US Navy fighter aeroplane at the beginning of the war. When the Navy built new carriers, also more potent fighters were introduced to service (F6F and F4U). But it was missing a lightweight fighter for service on escort carriers. Grumman has designed XF4F-8 prototype with light construction, armament reduced to 4 MGs and more powerful engine P&W R-1830-86.  Because of increased torque of an engine, the aeroplane got a taller vertical tail for flight stability. The new Wildcat performance was significantly better than its predecessor, but only on low altitudes due to lack of two-stage supercharger. It was by design, FM-2s  tasks were performed mostly at a low level: close air support, ASW patrol and CAP. New Wildcat’s improved performance was a surprise to enemy pilots. It could fight A6M5 Zero and Bf-109G on equal terms. The last series of the aeroplane had six HVAR unguided missiles mounted underwings.

New Wildcat production was made in General Motors plants under new designation FM-2. It started service in late 1943 and deserved well in Battle of Atlantic and Island Hopping Campaign on Pacific. Total of 4437 FM-2s was built, 65% of all Wildcat versions. 370 of them served with the Royal Navy as the Wildcat VI.