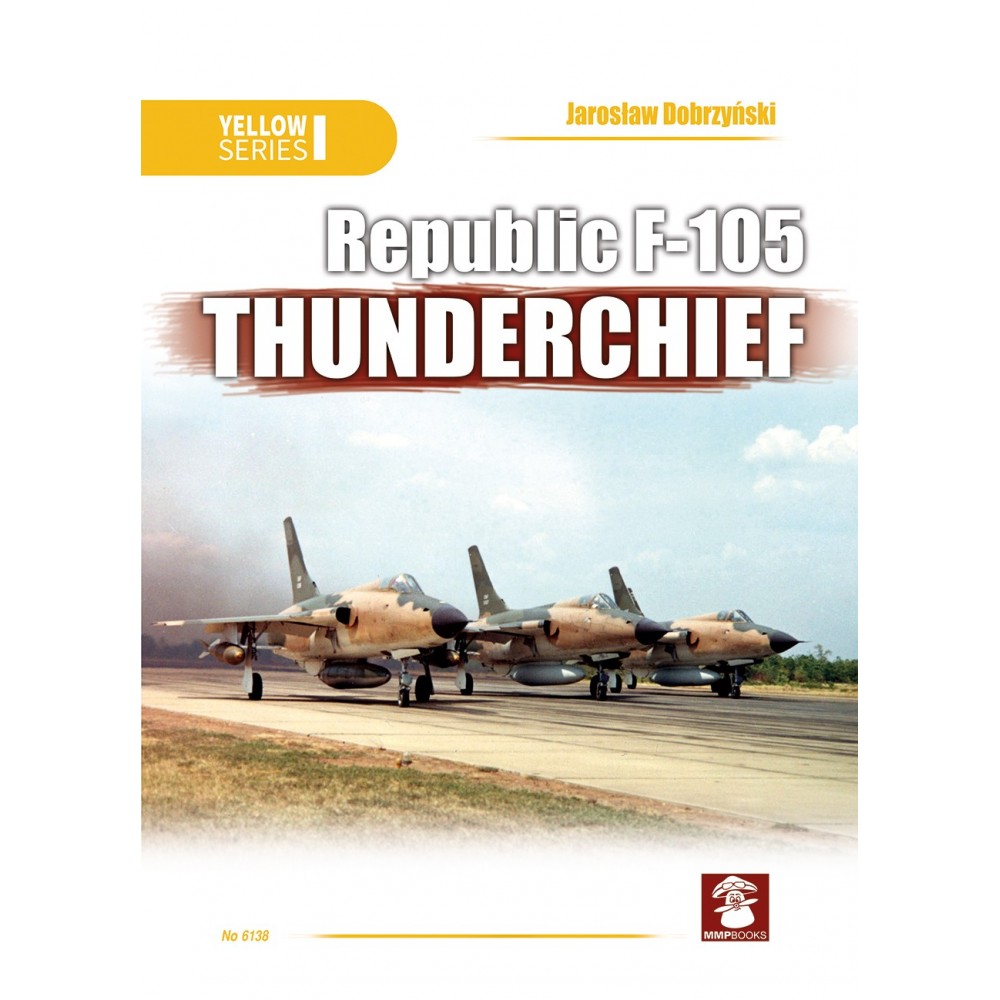 An illustrated technical history of the Republic F-105 Thunderchief supersonic fighter-bomber used by the United States Air Force. F-105 conducted the majority of strike bombing missions during the early years of the Vietnam War.

The book details the history of the development and service, as well as the technical description with special focus on avionics of this famous Cold War-era fighter bomber, whose primary role was to be nuclear weapon delivery, but instead saw widespread service as conventional bomber and interdictor during the Vietnam War. Its two seat trainer variant was converted to perform a new mission – suppression of enemy air defense (SEAD) and proved highly effective in this role. After the Vietnam war, the type served with Air National Guard and Air Force Reserve units until early 1980s.