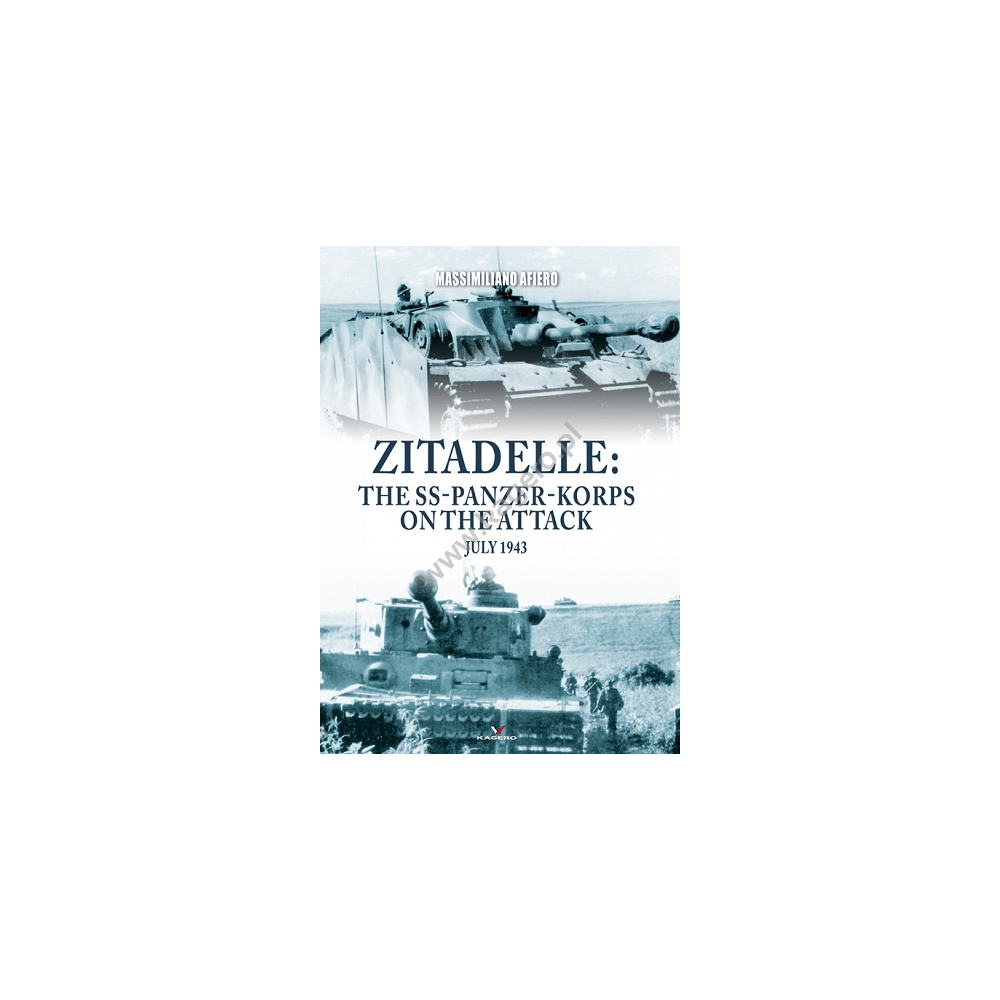 Zitadelle: the SS-Panzer-Korps on the attack July 1943

Exactly seventy years after the battle of Kursk, which was probably the greatest tank battle
of the Second World War and perhaps of all military history, comes this new publication,
characterized above all by the presence of hundreds of period photos, for to be able to
relive those tragic and terrible events almost closely, as if to ‘touch’ the battlefield with our
hands, through the images of the German war correspondents, following the SS units:
Max Büschel, Cantzler, Grönert, King, Friedrich Zschäckel and many others. Photos
of men, weapons and vehicles, taken on the battlefield, before, during and after the
engagements, during the rare moments of rest, ‘frozen’ on rolls of film, a true testament
to military history. An exceptional photographic documentation, which we hope will
be useful to historians, military history students and modeling enthusiasts who can get
new ideas for their figurines, models and dioramas. Some photos are already known, but
we have made every effort to include wherever possible new material as well, previously
unpublished, coming from the principal public and private archives, to try to offer our
readers a really new editorial product. The course of operations was analyzed mainly
from the point of view of the Das Reich division, taking the information directly from
German war diaries and from Otto Weidinger’s previous historical researches on the
same division. In the text, however, there is no lack of references to other formations of
the SS-Panzer-Korps, whose units always acted in close collaboration during the couse
of the offensive.