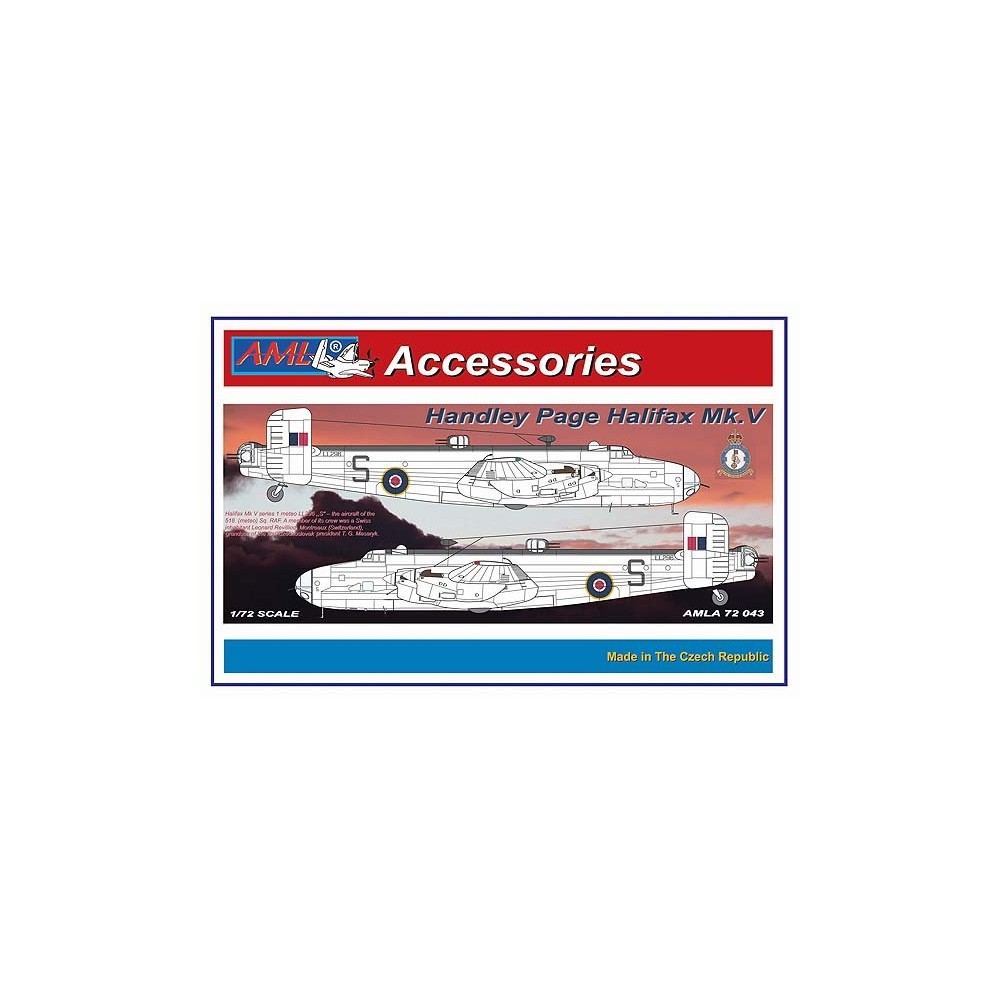 Designed to be used with Revell kits.

A member of its crew was a Swiss inhabitant Leonard Revilliod, born on 26th August 1922 in Montreaux (Switzerland), grandson of the first Czechoslovak president T. G. Masaryk (son of his youngest daughter Olga). He applied for assigning to the RAF in June 1942, passed the elementary training in Cornwall Aviation School. Then in spring 1943 he was sent to Canada and The Bahamas for the pilot training. Several times had he applied for assigning to the 311 (Cz).Sq. But he was not approved. He returned to Britain at the beginning of 1944 and was assigned to the 518.Sq. of Meteorological reconnaisance, flying the Halifax Mk.V. On 16th August 1944, when flying as the co-pilot, during the approach at the Tiree airfield, the plane collided the LL186 “M“ of the same unit and all of the 16 members of the crews died.